Are you the type of person who desperately wants to improve your social life and make new connections, but just can’t seem to break out of your shell? Let’s talk about how to not be shy.

If you’re familiar with Ramit’s story, then you know he’s been in that exact same place.

Although he may come across as confident and polished now, it wasn’t too long ago that he used to be fearful of putting himself out there and meeting new people.

There’s a story he usually tells to illustrate this.

Ramit was attending a few networking events years ago and didn’t say a word to anyone. He was surrounded by people who were interested in the same things as him, but instead of striking up a conversation, Ramit just stared at his phone the entire time.

Because he was so shy, he missed out on forming relationships with people who could’ve ended up being great friends.

That situation motivated him to learn more about why he was shy and what he could do to overcome it. And what he learned changed everything.

Overcoming shyness has nothing to do with changing yourself as a person. That would be too much work and almost impossible.

The key to overcoming shyness is to change your behavior.

That’s exactly what I’ll show you how to do below.

The first step to overcoming shyness is to not judge yourself for being shy. This isn’t productive and will only serve to put you in a more negative space, making it harder for you to make the necessary changes.

Instead, I’d advise you to embrace this side of your personality. It could be that you’re just naturally introverted and that’s perfectly fine. Many introverts have made it to the top of just about any industry and it could even help you in certain situations.

I’d recommended reading the article “Caring for your introvert”. It’s an amazing read that will give you more insight on your introverted nature and how to best care for it.

After you read that article, you’ll be armed with more information on how you should live in a way that’s congruent with your nature. More self awareness is always a good thing.

Step 2: Change the way you think about shyness

Listen, you should absolutely read all the articles and books on overcoming shyness. That will go a long way with helping you adapt to social situations. But at the end of the day, we need to turn these tips into reality for you.

The only way to do that is for you to change the way you think about shyness.

A great way to do this is to familiarize yourself with a concept I call invisible scripts. These are the secret narratives in your head that guide your behavior.

For example, some people I’ve talked to have problems connecting with others because they think of small talk as BS. They want to skip the boring stuff and get to the point. Ironically, thinking of small talk in this way is the reason why they fail at building relationships.

While you may think of small talk as pointless, others think of it as building a relationship.

What you may have scripted for yourself is that you want to get straight to the point of the conversation. But what you’ve failed to realize is that small talk is important filler material.

Think about the process of going to a restaurant. Do you just sit down and get your meal immediately? Of course not. The wait staff greets you, gets you drinks, takes your orders, asks you questions.

They slow the process down. This is exactly what you must do in conversations and small talk serves that very purpose.

Reading tips and hacks on how to overcome shyness has its place, but the most important thing you can do is to study other people.

Think about the friends you have who have vibrant social lives. They’re well liked for a reason. The next time you’re with them, pretend you’re a scientist and observe how they engage other people.

What tone are they using ? What does their body language communicate? Are they making strong eye contact?

Gathering these observations and modeling them in your own behaviour is the one thing that will totally transform how you interact with people. This will be an important step in you overcoming your shy tendencies.

The goal is to be more socially skilled and making these subtle shifts in your behavior will get you to that end goal.

Ramit has said that he discovered this tactic when he was younger. Some of his friends put on a Halloween haunted house which required him to wear a mask.

The moment his identity was concealed, something interesting happened.

Ramit started acting crazy. He was running around, scaring people, and doing things that he would never do if it were just him wearing normal clothes.

Because he felt safe behind the mask. What he accidentally learned about wearing the mask is that it gave him the safety and security to try things that he otherwise wouldn’t have. Ramit realized that he didn’t have to change who he was, he just had to change how he acted.

He had to focus on his behavior first, then his attitude would follow.

This is how the concept of the invisibility cloak was born. This is something you can use to cover up yourself, or the part of you that you don’t want others to see.

When you put on the cloak, you can mentally decide who you’re going to be today and what your behavior is going to reflect.

Remember– you’re not changing who you are, you’re just deciding what behavior you want to reflect.

Take all those barriers, anxieties, and nervousness and just cover it up with that cape. It seems like a weird concept, but it works.

The reason why it works is because everyone feels those same anxieties and fears when they walk into a room full of people. But some of us choose to behave differently.

This invisibility cape will help you do just that.

Step 5: Overcome shyness by turning it into a game

One of the best ways to start changing your behavior and stay motivated throughout the process is to gamify it.

I’ve come up with a few games for you to play that will help you start being a more social person.

The first is called the 60 second game. Within 60 seconds of going into an event, coffee shop, anywhere, you’re going to go up and say hello to someone.

If you decide later you’re done saying hello and would like to use a different phrase, that’s fine. But the point of this game is to beat your anxiety by taking action before it takes root.

Overtime, this game will desensitize you from having any type of approach anxiety and you’ll be able to strike up a conversation with anybody in no time.

The second game is called the compliments game. In this one, you have to go up to three people within 24 hours and give them a compliment.

Not only will this game give you more to talk about, but it’ll also brighten someone else’s day!

Just like the first game, this will desentize you from having social anxiety. Over time, playing any one of these games (and hopefully all 3) will lead you to becoming that social butterfly that’s been dormant for years.

I want you to think about what type of person you want to be perceived as.

Whatever you decide, I want you to fake it ‘til you make it.

You can try using this technique in a really safe and protected space. For me it was always one on one. I would play this game in places where there was no one I knew around, and probably no one I would ever see again.

Let’s say you want to come across as someone who is really emotionally connected to people.

Maybe you’d say something like, “what made you choose this job over any other job? I’m so curious to learn about people’s lives”.

That will open up a different line of discussion than saying, “Hey, listen to this crazy thing that happened to me two days ago”.

This may seem odd, but I want to show you how much it works. Let’s take a look at someone who started off pretty awkward, but years later not only did their behavior change, but their attitude changed as well.

Take a look at this video of Jimmy Fallon. When he started off, he was pretty awkward, but over 15 years he became much more comfortable.

Take a look below.

In Ramit’s Gmail account he has a failures tab. He looks at it at the end of every month and if he’s not getting at least 10 failures per month, he knows he’s not trying enough.

A failure could be him reaching out to someone and trying to get a meeting and they coldly turn him down. It could be anything. But the important thing here is he’s not avoiding failure, he’s actively seeking it because it means he’s trying new things.

The same is true for me and you.

We all have these things called self talk. It’s the way you talk to yourself to give meaning to your experiences. You may say things like:

“There’s no way anyone would laugh at these stories, I’m not a good storyteller”.

“They’re not interested in listening to me. Why would anyone want to?”

We talk about ourselves to ourselves, and overtime we start to define ourselves.

The 3x rejection rule states you’re not going to allow self talk to happen until you’ve been rejected three times.

This means you can go up to somebody and say, “Hi, how are you today?” and if they blow you off, that counts as rejection #1. And you keep going until you’ve been rejected 3 times, and slightly change your approach each time.

This isn’t a failure, it’s a test.

What you’ll find is that the next approach may go amazingly well, but you would’ve never given it the chance if you took the first rejection to heart. If you happen to get rejected 3 times, engage in as much self talk as you want!

If you start abiding by the three failure rule, you’ll soon find out that the “failures” you built up in your head weren’t really failures at all.

Being shy is nothing more than a bad habit. If you follow the steps above, you’ll be well on your way to overcoming that bad habit and turning it into a good one. What if you lost your job today and needed a new job in a week? Could you do it? What if you just wanted some advice for a tough career… 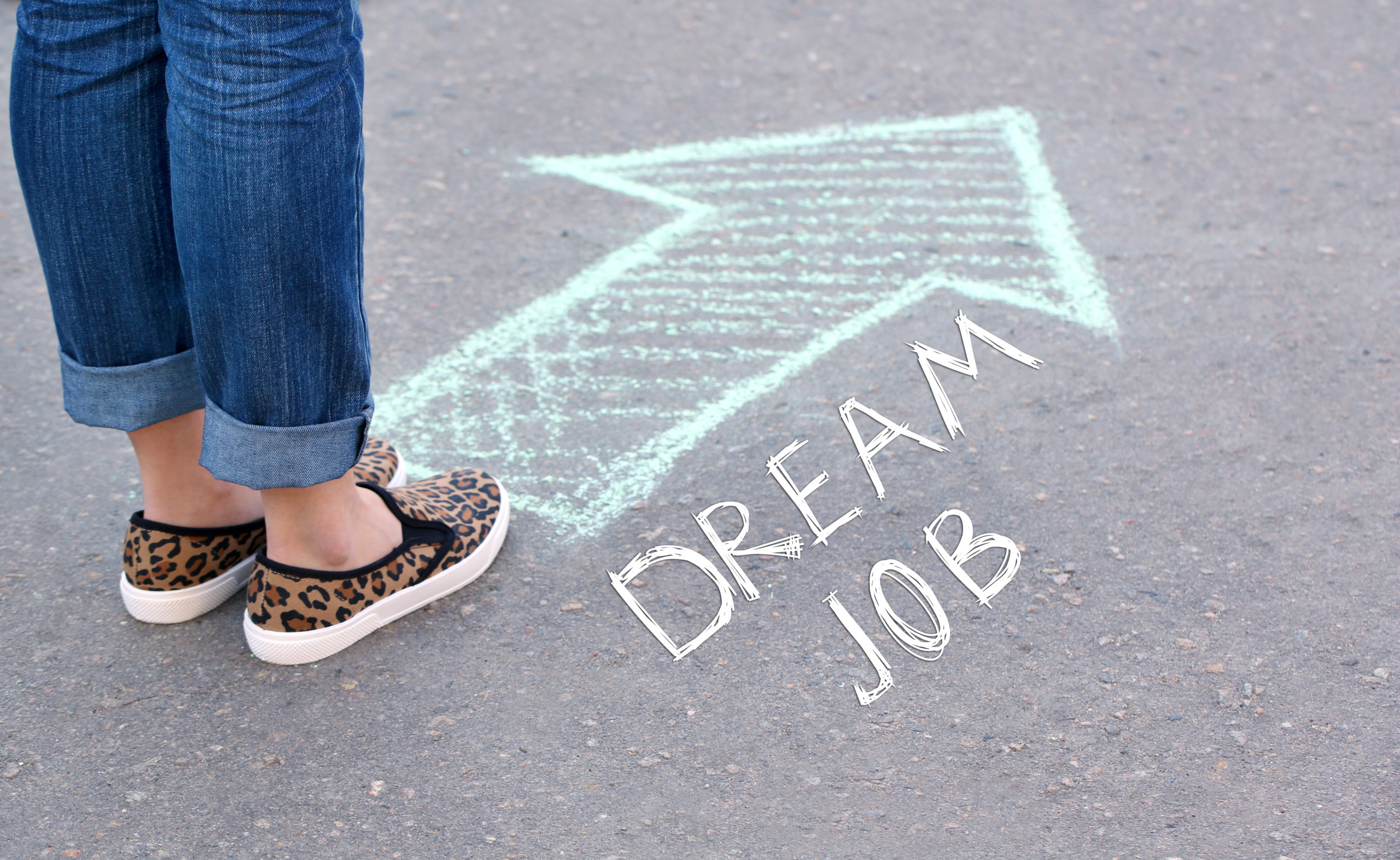 Finding a job, especially your dream job, is hard. Even if you have a few ideas of what you’re interested in, how do you choose what to pursue? Do you… Have you ever noticed that 85% of advice about finding your dream job is about job hunting? Which is weird. Sure, job hunting is an important skill. But people look…