The psychology of cutting back on lattes

I’ve talked about Big Wins instead of savings on pointless small expenses like lattes. Sometimes it’s worth it to spend on these small things. 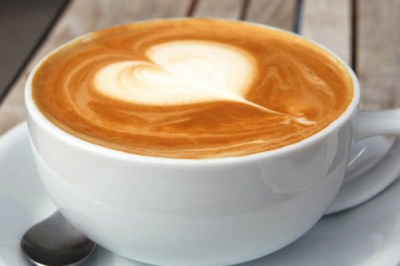 Frugality zealots don’t understand this and accuse me of arguing that people can’t manage their expenses and that, gasp, is it REALLY that hard to cut back on this stuff?
They are right. In general, people can’t manage their expenses, and yes, it is extraordinarily hard to cut back on expenses over the long term. This is why I talk about the psychology of money, including how people are cognitive misers, and Big Wins like earning more money, negotiation, and automation.
So it was with great fascination that I read an article in the Wall Street Journal about the same thing: “A Dollar Here, a Dollar There. But So What?”
The author writes about her struggle to cut back on lattes but concludes that sometimes it’s worth it to spend on these small things.
I agree 100%.
However, let’s look deeper at the article.

Sometimes a cup of coffee is just a cup of coffee. But when ordering it requires using words like “double tall” and paying more than $4, a cup of coffee can become a point of marital inflection.
Last week, we went to Los Angeles to visit my sister and her family. I flew in with our two little kids on Thursday, and my husband met us there a few days later. When he climbed into our rental car, Joe gave me a quick kiss and began surveying the mess (amazing what two kids can do to a backseat of a car in a mere 36 hours): “I see evidence of four cappuccinos, totaling probably $20,” he said.
When we first met, I thought it was cute how he could tally up the cost of things so quickly. That was a long time ago.

Here’s a woman who absolutely loves her morning cappuccino, but admits that it has become a “point of marital inflection” between her and her husband. These trivially expensive beverages cause major rifts when finances are discussed:

The problem, though, is that cappuccino is not a line item in our family budget. We don’t make room for such things when deciding how to spread our dollars. Last year, Joe asked me if I wanted to add it, cautioning me that I’d need to cut out another cost.
“If you worked 50 weeks a year,” he explained, “and got a $4 coffee every workday, you’d need to subtract at least $1,000 from other discretionary spending on things like exercise or manicures.”
So I cut out the cappuccinos. For a couple of months, anyway. And then I began to indulge again.

Unfortunately, this is a common frame of a budget: It begins as an ironclad rule (“This time, we’re going to stick to this for sure!!”), but over time, as budget and actual spending diverge, it becomes aspirational. That is code for I’m not doing this anymore but I’m too guilty to acknowledge I can’t keep a budget. The author, like many Americans, believes money is all about willpower, sacrifice, and drudgery.
Some points I’d like to emphasize:

I love the author’s conclusion. But this is a terrific example of how deep our invisible script is about cutting back on minor expenses — as if it will really make that big of a difference.
It won’t. Focus on the Big Wins and get on with your life.

If you decide to take the route of earning more money, the #1 question is: “I don’t have an idea…what could I even do to earn more money?” 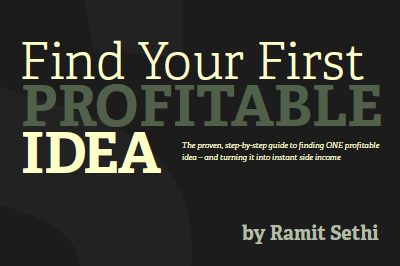 Find Your First Profitable Idea is my new mini-course on generating ideas to earn side income. Within this guide, you’ll learn how to (1) generate a list of many possible ideas, (2) whittle that list down to a small handful of ideas most likely to produce income, (3) get your first paying clients in weeks instead of years.
You’ll earn back the cost of the mini-course or I’ll refund 100% of your money.
And once you’ve earned money once, imagine how you’ll be able to grow: by raising your rates or getting more clients.
As usual, I tested it with thousands of people before ever mentioning it here.
If you’re interested in earning more by finding your first profitable idea, click here to learn more.