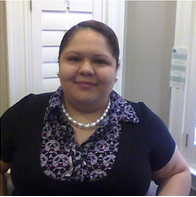 One of the objections I regularly hear for why some people don’t sign up for Earn1K is that they don’t know a high-paying skill like web design or programming.

Assumption 1: “I need a technical skill”

First of all, get the hell out of here. That’s the perfect excuse to do nothing.

You don’t have to have a technical skill that takes years of practice to start earning money on the side. In fact, here are some of my non-conventional students who are doing quite well:

Assumption 2: “I need an idea”

You don’t need to know HOW you’re going to make $1,000 a month on the side. That’s one of the first lessons we cover in Earn1K — 4 weeks of techniques on how to generate, narrow, and test ideas for profitability. You will learn how.

In fact, rather than talking about how it works, let me show you how it’s done.

Today, a story about one of my students, Melanie, who said the same thing: “I can’t sign up for Earn1K because I don’t have a technical skill.”

But she decided to test that assumption and signed up anyway. Since then, she’s quadrupled her freelance rates and is going strong.

Here’s how she did it.

“Spending a couple thousand dollars for anything besides a car was tough.”

“I’m an avid reader of professional development material. That’s how I found Tim Ferriss. And it was through Tim that I found you,” Melanie recalled. “I liked you from the start. You were a little snarky.”

Melanie found a lot of information about how to earn more money and take control of her career. When the first launch of Earn1K was announced, Melanie added her name to the email list to learn more.

“It looked good, but I wasn’t sure I’d ever spend that much. I’d never done a course like this. Spending a couple thousand dollars for anything besides a car was tough. Especially since I didn’t have a concrete skill in mind. I didn’t think the course applied to me. I hit a mental barrier.”

Melanie let the opportunity pass. She went on with her life, still very much enjoying her job.

But she kept an eye on my blog. She read my emails and listened to the audiobook version of I Will Teach You To Be Rich.

“I was impressed with the book. And you narrated your own audiobook. After hearing you, I felt like I knew you enough to trust you, to take you seriously. When I got emails, I felt like you added a lot of value to my life.”

When Earn1K 2.0 arrived, Melanie took a leap of faith and signed up.

“The first three weeks were scary.”

“Going into the course, my goal was to get this info and make it profitable for me. So make back the price of the course plus $1. That’s my first goal.”

Melanie had a larger goal of learning how to build and scale a business, but to keep herself from getting overwhelmed, she stayed focused on landing her first three clients and getting into the black.

“To be honest, the first three weeks were scary. Starting out, the hardest thing was figuring out what one simple thing I could do to earn money on the side. In my job, I do a lot of soft skills. Not social media. I don’t play an instrument. For three weeks I said ‘okay, this is good information, but it doesn’t apply to me because I don’t build websites.’”

By week four, Melanie was too busy to keep studying. She took a break. This is more common than you’d think, and we discovered this in our customer research. So Earn1K now comes with lifetime access, and as a result, she was able to go back and continue the course when her schedule calmed down.

Melanie dove back into the first three lessons, particularly a 20-minute video all about how to identify a profitable skill you have that you can use to start making money.

“I remember one Master Class. It was Mike Williams. He said whatever you do, don’t just sit around. Do something. So I did. I had heard about Elance.com and Guru.com. I went on Elance and started bidding on projects.”

Underbidding, actually. But Melanie was okay with that, and she was doing it strategically. (One of the modules in Earn1K goes in depth on pricing, and we discuss when to charge sky-high rates, when to charge industry-standard rates, and when to work for free.) In Melanie’s case, she knew she was inexperienced, and finding some initial clients was more important than optimizing her rates.

Sure enough, her hodge-podge collection of soft skills was valuable. She quickly landed her first client.

“The guy had a coaching program for middle and high school kids. He wanted to create lesson plans and ebooks to give the kids. I thought, ‘I used to teach. I know how to do that!’ I sent him a proposal. It was just four paragraphs and said, basically, that I was a former teacher and that I market to teachers in my current job. I know how to communicate to this group and speak to their needs.”

Melanie wrapped up the $480 project quickly. Then she upsold the client on an additional $100 worth of work to create more learning materials for the kids.

“I found out I could do it. I could start earning back the cost of the course and get into the black. That was awesome!”

For her next client, Melanie underbid again. She found a wealth-building coach looking for someone to turn his motivational videos into user-friendly manuals.

“I bid $100 per module. The first one was a test. It took 10 hours to do because the guy was all over the place. It took a lot of time to find the structure. But they liked it.”

In fact, they liked it so much they asked Melanie to do another. She agreed and spent eight hours on the project. When they asked her to do a third, Melanie told them she wasn’t doing it for that price. The client doubled the rate on the spot.

And that’s just the beginning. Her second client asked her about building a higher-priced group coaching course. Melanie is already thinking about how she can help him structure his videos. She knows that his customers will pay more for a high-quality video and that she can help him deliver that. When she does, she’ll be raising her prices again.

“Earn1K gave me confidence that I can do more than my current job.”

Melanie is still committed to her current career, but that doesn’t mean she isn’t looking down the road.

“I found I wanted to help people develop and market Christian information courses,” she said. “Contrary to your material, lots of coaches don’t really have good frameworks for their lessons. Lots of people are fluffy and vague. I can help these coaches really understand how to better serve their customers and how to create great information products.”

For now, Melanie is enjoying the process and learning as much as she can. Each new client gives her another opportunity to make money and get a behind-the-scenes look at where she wants to go. All because she had the courage to test her assumptions.

Melanie saw Earn1K as an INVESTMENT rather than a cost.